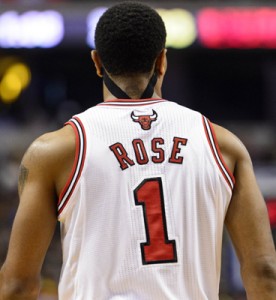 The decision to allow the use of Kinesio Tape in professional basketball games came Wednesday afternoon after news accounts reported that Chicago Bulls star and point guard, Derrick Rose, was banned from wearing the therapeutic tape on the court. Hours later, additional news outlets reported the reversal of the decision, quoting NBA spokesperson Tim Frank as stating, “We have decided to allow Kinesio Tape on an experimental basis so that we can take a fresh look at the possible benefits it might bring to our players.”

“We appreciate the NBA’s decision to allow the use of Kinesio,” said Dr. Kenzo Kase, President and Chairman, Kinesio Taping® Association International. “The benefits of taping are well defined with more than 1,000 studies overall from researchers in 23 countries on the Kinesio Taping Method specifically. We look forward to working with the league as they examine the benefits of therapeutic taping for player use.”

Kinesio Tape has demonstrated positive physiological effects on the skin, lymphatic and circulatory system, fascia, muscles, ligaments, tendons and joints. It can be used in conjunction with a multitude of other treatments and is effective during the rehabilitative and chronic phases of an injury as well as being used for preventative measures.

“I have used Kinesio Tape extensively in my clinical practice for years to address a variety of acute and chronic conditions. Kinesio Tape corrects muscle function, improves circulation of blood and lymph, repositions the joint and relieves pain,” said Gerard Dysico, MD, Attending Physician, Dept. of Trauma & Burns, John H. Stroger Jr. Hospital of Cook County, Chicago, IL. “While therapeutic taping can support healing for athletes and non-athletes alike, it is a critical tool to help athletes heal their bodies while staying in the game.”

ABOUT KINESIO TAPING METHOD
The Kinesio Taping Method is a definitive rehabilitative taping technique that is designed to facilitate the body’s natural healing process while providing support and stability to muscles and joints without restricting the body’s range of motion. Kinesio provides extended soft tissue manipulation to prolong the benefits of manual therapy administered within the clinical setting. Latex‐free and wearable for days at a time, Kinesio Tape is safe for populations ranging from paediatric to geriatric, and successfully treats a variety of orthopaedic, neuromuscular, neurological and other medical conditions.